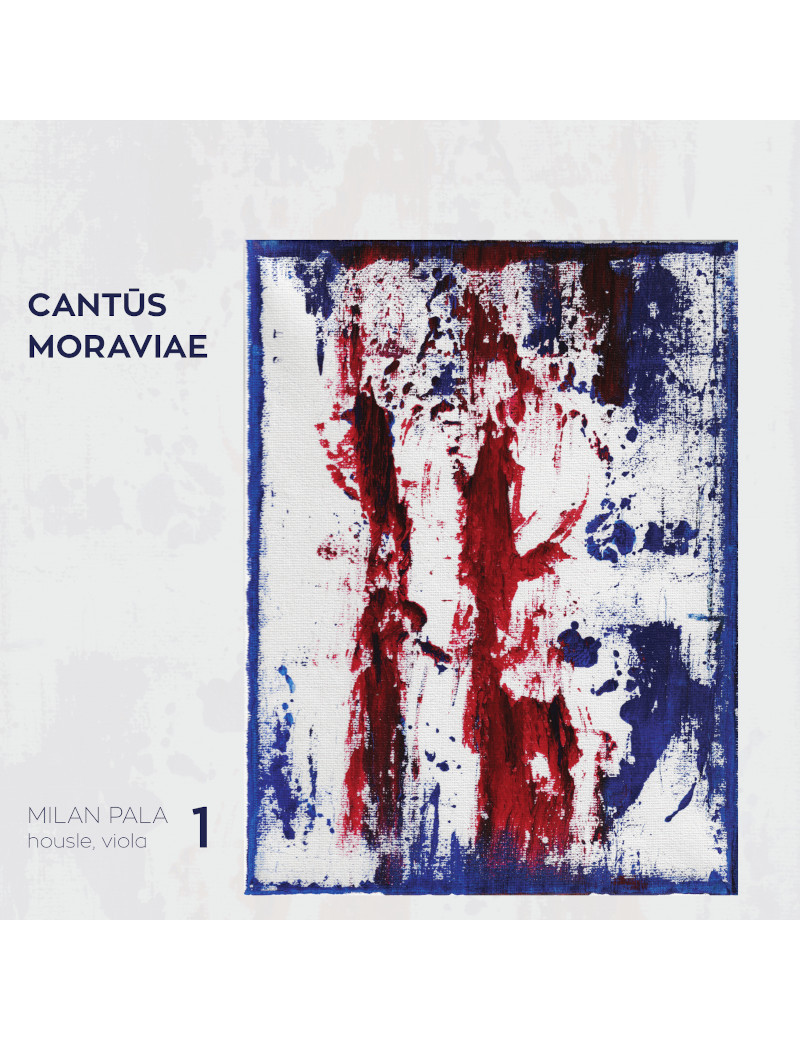 Milan Paľa independently follows the monumental work already done for the Slovak nation - recording and publishing all compositions for the solo violin of Slovak authors. This time he focused on the area of Moravia.

MILAN PAĽA (born 1982) has long been famously known as an “enfant terrible of the solo violin”. I myself once called him “classical music’s rocker” in a review and I still believe this description is apt. Milan Paľa is unmistakable, independent, obstinate and fully devoted to music. The power of his playing, in which he uses his whole body, and the rich sound of his violin or viola transport his audiences with tremendous energy no matter from which historical period his music comes. He is also very quick, able to prepare work of any difficulty for top-level performance in a very short time. Though concertos and chamber works of the twentieth and twenty-first centuries are his strong suit (Bartók, Britten, Janáček, Schnittke, Szymanowski, Shostakovich and a very large number of contemporary works), it would not be just to associate him exclusively with music of this period – his recordings of sonatas by Beethoven, Brahms and Grieg, as well as Bach’s Sonatas and Partitas, released in recent years, are also excellent and demonstrate his unique approach to their interpretation.

Milan Paľa is a type of erudite and thoughtful performer who goes his own way. Whereas other musicians build their careers on a few works, he constantly studies new compositions. In doing so, he does not think of composers in the misleading categories of “great” and “small” masters, but gives all the same right for their music to be heard; he approaches them with humility and with a determination to show the effect of their artistic expressions. It is also typical of Pal’a that he continues to release compact discs at a time when it already seems anachronistic; he believes that it makes sense and that the music he records will find its way to its audiences. He is literally obsessed with recording, live and in the studio. For instance, with an obstinacy that is all his own, several years ago he recorded a series of five double albums, Milan Paľa: Violin Solo in the Works of Slovak Composers I–V (Pavlík Records 2010 – 2013), that map the contemporary Slovak works for solo violin. It was the result of a long-term process, in which scores were sought in archives, libraries and the estates of composers. CANTŪS MORAVIAE is the follow-up to this daring enterprise: in a similar manner it presents in a series of CDs works for solo violin and viola by composers who are linked with Moravia and its major musical centres: Brno, Ostrava, Olomouc and Kroměříž. Once again Paľa has managed to amass an impressive body of material – including new works composed specifically for him – which in many cases is appearing on CD for the first time.

By buying this CD you get the chance to download free version of this recording in higher quality
(5 channel stereo version in FLAC format). Here is the information: